Hey Kam, thanks for writing that takedown of the Washington Post article that so irritatingly belittles the Barack Obama Hawaii Presidential Center Initiative’s bid to locate Obama’s presidential library in Kakaako. How super annoying is it when writers from the U.S. continent portray Hawaii as some kind of joke? Seriously. Thanks for doing that.

It’s really disturbing, actually, because think about it—a writer at the Washington Post saying ignorant things about Hawaii might be read by thousands of Americans, including government officials and business leaders. Imagine if this kind of casual misrepresentation of Hawaii and its people got really out of hand and started affecting more than just how seriously people take our resumes if/when we move to the mainland? People with certain political intentions and economic interests might leverage these popular misperceptions of Hawaii to further their ends—to convince the U.S. federal government to act in unsavory ways toward Hawaii that go way beyond denying us a presidential library. Wait a second, they have.

Sorry Kam, I’ll try to drop the sarcasm, because my intent here isn’t to add fuel to the snark explosion that Fuller set off. What I’d like to do is point out how in the game of representing Hawaii, the stakes have always been high. We should take this moment of feeling annoyed and even angered by this Washington Post article to reflect a little on how we talk about Hawaii, to other people and to each other.

For example, you write, “There is a small but vocal group of people in Hawaii who believe the United States stole these islands unfairly. They urge secession from the Union and the restoration of the Kingdom. When I read cheap, tired satire like Fuller’s about the 50th state, I find myself wondering if they could use a press secretary.”

First off, thank you for reminding everyone about Hawaii’s political situation in a moment like this. Think about how crazy this is—certain groups in Hawaii are spending hundreds of thousands of dollars to get a presidential library built here, and others want the U.S. out entirely. That’s certainly a nuanced aspect of the political scene that Fuller failed to grasp in her belittling article.

But I want to be a little bit critical here of how you call the Hawaiian sovereignty movement a “small but vocal group of people.” That’s the kind of language people use when they want to discredit activists by portraying them as out-of-touch and making-too-much-noise. 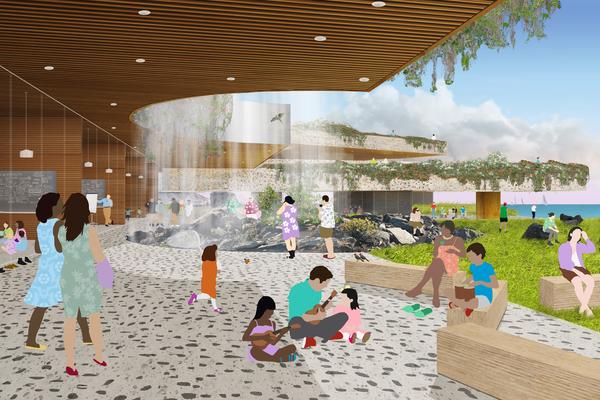 And what about the phrase, “believe the United States stole these islands unfairly”? How about: argue that the U.S. illegally (by their own laws) annexed the islands by joint resolution instead of by a treaty of annexation?

Maybe your response to Fuller wasn’t the moment to go into a full blown history and legal lesson, but it’s these kinds of casual misrepresentations that can be so damaging. They affect how people think about and act toward Hawaii and its people in real, material ways, as you might have experienced with your resume, and as others experience with things like losing their ancestral land or being evicted from their homes.

Why is it so easy for Fuller’s mind to go automatically to these ignorant and childish stereotypes about Hawaii in the first place? Perhaps the tourism industry has something to do with it. If we’re annoyed that Hawaii forever exists as a cheesy 50s joke in some people’s minds, should we in communications, business, and politics be asking ourselves whether we sometimes reinforce those stereotypes with our branding and promotion strategies?

Like, why are people playing ukuleles and wearing flower dresses in that design cartoon? Isn’t that a conscious effort to add some Hawaii accoutrement to sell the bid to not only the president but to the Hawaii public? Doesn’t it highlight culture and pleasant local things that distract us from the fact that this presidential library would be just another development project in contested Kakaako?

I appreciate that you give voice to how writers like Fuller get our ire up. You created a moment for us to think about the way that Hawaii is ignored, misrepresented and generally disdained by people in relative power over us on the mainland. And it’s great that this experience has you thinking, even half-jokingly, about Hawaiian sovereignty. But given the way you portray the movement, what makes you think that they’d want you as press secretary?

For that matter, what makes me think I can speak for the movement either? I probably shouldn’t.

But given that Hawaiian activists are busy right now with protecting Mauna Kea, running underfunded charter schools, restoring native-run fisheries, challenging the U.S. government about Hawaii’s political status, building alliances with other struggling peoples around the globe, and a million other acts of resistance and nation-building—and you and I have time on our hands to talk about an ignorant reporter’s bad attempts at humor—I figured I’d give it an honest try.