HONOLULU—Pop quiz. You go to your mailbox—or you review your bank statement—and there it is: your Social Security check, roughly $1080. You’re over 65 and it’s your only source of income … and you live in Hawaii, one of the most expensive places in America to live in. What do you do?

This is the exact scenario over 40,000 retirees face each month.

If you’re far from retirement age and make less than the $106,000 annual income cap for Social Security, you may be none too thrilled to have your income taxed to meet a promise made in FDR’s 1935 America. Complicating your perspective may be that as a younger worker, you’re frequently told Social Security will only have enough in the fund to pay full benefits until 2037. After that, 75 percent of benefits can be paid. Maybe. Still, Social Security is a lifeline for Hawaii’s 160,000 seniors and some 60,000 other recipients—spouses, children, and disabled people also receiving benefits. 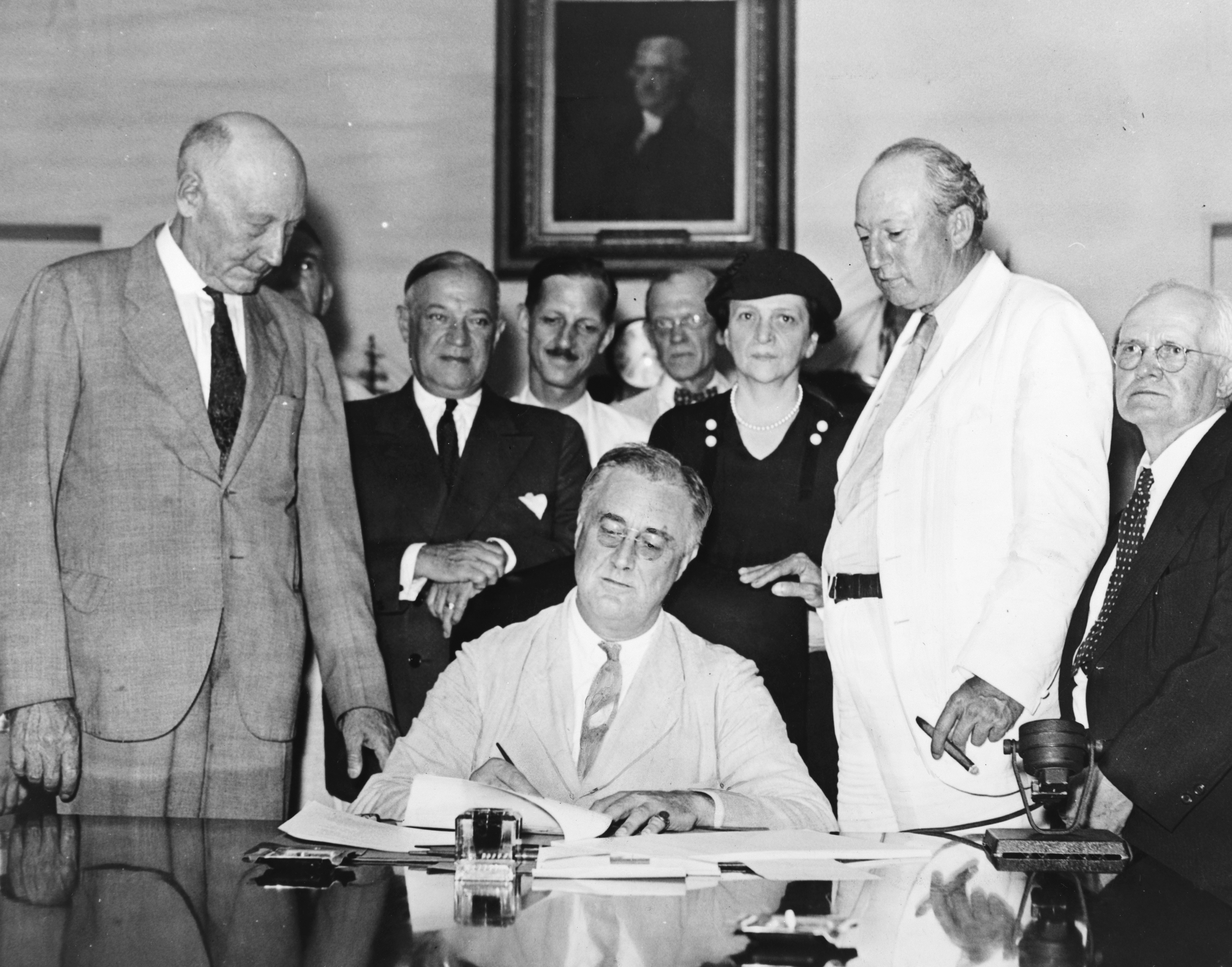 With the midterm election just days away, Social Security, national deficit reduction, and healthcare reform are the three central issues that will influence the election habits of seniors and their families across the islands and America, according to John Rother, AARP’s Executive Vice President of Policy, Strategy, and International Affairs. Rother was the keynote speaker at the Hawaii Pacific Gerontological Conference at the Hilton Hawaii Village last week and spoke on Hawaii Public Radio on Thursday.

In Hawaii, one in four Hawaii retirees over the age of 65 depends almost entirely on Social Security benefits, which have not had a cost of living adjustment (COLA) since 2009. And it won’t be increased for 2011, either, as announced earlier this month. Since 1975, Social Security increases have been tied to inflation often disconnected from the real costs seniors disproportionately bear. This is why AARP is advocating for costs that apply particularly to seniors be used to determine future COLAs.

“The measure of inflation is the basket of goods and services purchased by working people, not retirees,” Rother says. “The fact is that today for what retirees have to purchase, namely healthcare and prescription drugs, those prices are rising much faster than the prices in the rest of the economy.”

To tide seniors over until there can be a COLA increase, AARP is advocating that seniors receive a one-time payment of $250 in the near term. Rother agrees it’s a modest sum only meant to help and not fully compensate, but at least it would be something. He also says that as an average of lifetime earning results in a monthly payment of about $1100/month, a 5 percent COLA would mean a $50 increase in payments.

Going forward, national Social Security income—what we existing workers pay into the system—and expenditures paid to those who receive benefits will have to be brought close together. Rother looks to the debate starting with the December 1 report of President Barack Obama’s commission on the deficit, a proposal which will also look at changing Social Security. Rother does not expect Congress will act in the next two years, however, as Congress will need that time to build awareness of options. Rother looks toward real action coming in 2013, particularly if Obama is reelected.

Healthcare is too much of a business. There is a lot of money in healthcare and we’re at risk of losing the ethic of caring.

But Rother worries that the longer Congress delays in fixing Social Security, the more time people will have to question whether the program will be there for them and he fears that will weaken the program politically. With bell-weather Boomers turning 65 next year, and technical advances to extend healthy longevity, the program will need to be adjusted soon to accommodate a society that lives and works longer.

That does not mean cutting benefits, Rother says. Instead AARP favors raising the wage base—that $106,000 income cap—by $50,000 or $60,000. If that’s done, despite opposition from businesses and wealthier Americans, Social Security will survive, but not in the current form, he explains. Changes are already taking place within the system. Full retirement is now age 66 and will become 67 within the next 10 years. Rother says we all will have to accept the changes. And for those yet to enter the work force, they’ll have to make a mental shift about their careers. Everyone will need to work longer, plan to have different income streams, learn to save, and get comfortable with hiring older workers … not a way of being most American are familiar with now.

“It’s ironic, isn’t it, when we look at leaders in public life, other aspects of life, that the people who are really notable are often older,” Rother says. “But somehow we often don’t always translate that into decisions we make about hiring. But the fact is people are capable of extraordinary achievement regardless of age unless they have a health problem. And most people don’t.”

Most people are productive well into their 70s and 80s, especially if they take care of themselves. Americans will have to get comfortable with leaving the traditional healthcare model of fee-for-service behind and take on more personal responsibility. In our collective future, Rother foresees more HMOs, prepaid and bundled services for whole episodes of care. A change of system will also lessen the chance for Medicare fraud, he says, as fee-for-service claims are tough to corroborate.

Despite the lesson of this month’s exposure of the largest single Medicare fraud of $100 million, and the provision in the healthcare reform bill for additional law enforcement to combat Medicare fraud, Rother says the real issue is the medical relationship between doctor and patient, which also means paying primary care physicians more.

“Healthcare is too much of a business,” Rother says. “There is a lot of money in healthcare and we’re at risk of losing the ethic of caring. We need to reinforce the people who really do care about face-to-face personal healthcare.”

Now the personal responsibility part: Rother is adamant that we will also need a fundamental understanding that government may not be able to cover the aging in place expenses for those in the middle class. In Hawaii, there’s now not much help for the middle class other than Home and Community Based Services (HCBS). According to AARP Hawaii, the demand is so great for daily-living activities such as help with meals, bathing, transit, laundry, and household chores, there is a waiting list in Honolulu for every HCBS service. Although the Legislature overwhelmingly voted to provide $3.5 million for Kupuna Services, to date Gov. Linda Lingle has not released the monies even though the funds cannot be used to balance the State budget. The $3.5 million to help caregivers is part of a $23 million appropriation for safety net services from the Rainy Day Fund.

Also worth noting: Medicare does not cover aging in place. Medicaid only does after a person has exhausted all personal resources. Impoverishing oneself through estate planning to later be Medicaid eligible, while legal, opens ethical issues. The bottom line: None of this is going to be easy.

But beginning next year, there will be another option ... at least for younger workers. The Class Act program will allow a payroll deduction for aging in place type expenditures. Participation is voluntary by both the employer and employees and there is a required 5-year pay in period. Rother says the program is less expensive than Medicaid and there is no need to spend down to access The Class Act funds when the time comes. The haunting question is whether these funds will be enough for an extended stay in healthy old age.

The middle class may still find itself financially reliant on family and/or savings, and no one should count on the ease of borrowing against a home. Reverse mortgages will continue to be available, but Rother says they are not appropriate for intergenerational homes. Hawaii, in particular, will have to be more creative.

With few assisted living homes, finite land, and escalating costs, Rother sees a solution in the development of elder neighborhoods and voluntary arrangements with friends and family. Many Hawaii golden girls and boys with means may need to band together if they want to continue their pre-retirement quality of life, though Rother is still concerned about people of modest means, no matter where they live.

“Will we make it possible for them to take advantage of possibilities others will enjoy?” Rother asks. “Is there the political will to share resources to live in a more supportive community?”

The entire interview with John Rother is on the Town Square archive at www.hawaiipublicradio.org.