KAHALUU—The overall scheme of Koolau Poko’s updated Sustainable Communities Plan is firstly the protection of cultural, agricultural, natural, and scenic resources. Second is replacing some of the region’s aging infrastructure. While there’s substantial time left before the plan makes its way to the Honolulu City Council, comments for the preliminary revisions are due on Wednesday October 27.

The revisions include expanding the area’s main cemetery, designating sites for future recreation facilities, ensuring proper use of agricultural lands, and protecting the wellbeing of the area’s senior citizens.

Under the current draft of the Koolau Poko Sustainable Communities Plan, residents worry that a proposed expansion of the Hawaiian Memorial Park Cemetery would be allowed because the cemetery sits on preservation land, which allows for both cemeteries and golf courses.

The cemetery’s expansion has been opposed by both the Kaneohe Neighborhood Board, the Kaneohe Bay Regional Council, State Sen. Jill Tokuda, and Rep. Ken Ito—all of whom wish to keep the land zoned as conservation land.

The undeveloped portion of the cemetery is zoned as conservation by the State and P1 by the City. Uses under a P1 zoning require a Conservation District Use (CDU) permit. The State Land Use Commission rules on all CDUs and has already ruled against the cemetery’s expansion.

Conservationist Bill Sager blogged about residents apprehension to the cemetery’s expansion at a September scoping meeting for the Koolau Poko Sustainable Communities Plan: “The whole thing was a big hullabaloo over nothing. Only the Land Use Commission (LUC) has jurisdiction over uses permitted on P1 zoned land. The LUC has already ruled against the proposed cemetery expansion. It is probable that when the make up of the LUC changes, the Hawaii Memorial Park may re-submit their Conservation District Use Application. Opponents of the expansion are afraid that the change in wording in the [Koolau Poko Sustainable Communities Plan] will make it easier for the LUC to approve a re-submitted CDUA.”

The Hawaiian Memorial Park Cemetery Expansion Draft Environmental Impact Statement received over 100 written comments in opposition to the development. One concern was that neighborhoods in the area suffer from flooding during heavy rains. Under the draft EIS, the cemetery plans to retain only “additional” runoff per the City’s drainage standard of a 10 year, 1-hour storm level, which means more water would exit the cemetery property than under the current undeveloped state of the land.

Aside from the cemetery expansion, the Koolau Poko Sustainable Communities Plan also recognizes plausible sites for future recreational facilities, which include Kahaluu Regional Park and Bellow Field Beach Park (when that site is released by the military for such use). The former landfill site at Kapaa has already been landscaped for eventual park use.

The plan makes sure agricultural lands are used for that purpose and not for meeting facilities or other conditional uses, although some commercial agricultural plots can host picnics, polo matches, rodeos, as well as tours of botanical gardens, fishponds, and loi. Thrills crafts—such as ATVs, dirt bikes, and buggies—are generally not considered compatible.

And finally, the plan also addresses the region’s aging population by providing for multi-generation households, group homes, assisted living units, and retirement communities. However, residential units are limited to no more than two stories in height.

To view all Sustainable Communities Plans, go to http://www.honoluludpp.org/planning/dpmap.pdf and click on the map.

There are a number of ways to submit a comment on any of the Sustainable Communities Plans (always include your name and address or contact info).

For more information, call the Department of Permitting and Planning at (808) 768-8007 or visit http://www.honoluludpp.org. 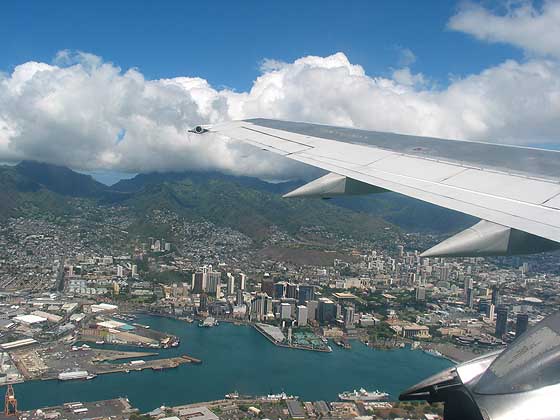