“Politics isn’t a game. It’s making this country better and what people represent. It’s a massive jobs program. For example, building the infrastructure of this country, and it’s not just the highways, it’s public transportation. It’s taking the money, from spending money on war in Iraq and Afghanistan and bringing it back home because there are major wars at home, people are struggling.”
—Amy Goodman, August 23, 2010

LIHUE—Ours is a nation obsessed with security. Two months after the bitter sting of the 9/11 attacks, the federal government formed the Transportation Security Administration and, one year later, the Department of Homeland Security. In the decade that has followed we have been pounded with talk of security in every aspect of our lives: from computer security and private home security to food and energy security, national security, nuclear security, and global security.

Yet as we approach our ninth year of war and occupation in Afghanistan and our eighth in Iraq, Americans have seen security at home eroded by financial collapse, a neglected infrastructure, a hemorrhaging job market, anemic social services and public health care crisis, volatile energy and food markets, and the complex realities of climate change.

In the face of home foreclosures, bankruptcy, and unemployment with many Americans’ income flat or falling and funding for basic civil institutions like public schools, libraries, and parks in decline, the question screams: “What is real security?”

When parents cannot keep their jobs, children cannot go to school, and families cannot stay in their homes, who in America today feels secure?

Typically in the United States, “security” is viewed in terms of freedom from violence, war, or the threat of terrorism. Throughout Bush’s two terms, Americans were incessantly told that preemptive war and victory in Iraq and Afghanistan were “vital to our national security.”

But if America’s embrace of militarism and a vast new untrackable surveillance culture is meant to reassure citizens that their security is being protected, at a minimum, Nidal Hassan, Faisal Shahzad, Umar Farouk Abdul Mutallab, and Najibullah Zazi have all demonstrated that sending well over 1 million U.S. troops to fight and occupy Iraq and Afghanistan, and spending over one trillion dollars on two wars since 2001 has not made us more secure, but less. 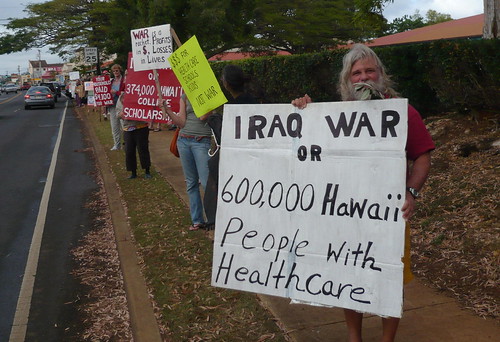 During the Cold War, President Dwight Eisenhower said: “We need an adequate defense, but every arms dollar we spend above adequacy has a long-term effect upon the nation and its security.” On another occasion, Eisenhower was quoted saying, “We will bankrupt ourselves in the vain search for absolute security.”

Following the September 11 hijackings, America’s airports were swept up in a new atmosphere of absolute insecurity. Quickly, and with almost no resistance, Americans were tossing out baby formula and toothpaste, removing shoes and belts and being swabbed for explosive residue every time they boarded an airplane.

At home and in the office we learned that our computers, telephones, credit cards, financial transactions, retail purchases, library visits, email and internet activity, and telephone calls were all fair game for surveillance. By 2010 untold thousands of ordinary American citizens had been added to terrorist watch lists and “no-fly lists” as a growing number of airports began using full body x-ray machines to project what are effectively nude images of us to security screeners all in the name of security.

As of August 2010, over 4,417 Americans have died in Iraq and 1,244 have died in Afghanistan. These numbers are dwarfed by the poorly recorded hundreds of thousands of civilians killed in those countries and a whole new generation of war veterans who have been severely injured, permanently disabled or driven to suicide. In January of this year the Veterans Affairs Department reported that suicides by male veterans (18 to 29 years old) between 2005 and 2007 had increased by 26 percent.

“We will bankrupt ourselves in the vain search for absolute security.”

Like his predecessor, President Barack Obama regularly talks about security as it relates to the military in occupied Iraq and Afghanistan and at 770 U.S. military facilities in 39 countries around the world.

Speaking before 2010 graduating cadets at West Point, Barack Obama said: “You go abroad because your service is fundamental to our security back home.” In an earlier speech also at West Point, Obama called success in Afghanistan a “vital national security interest.”

During the 2008 presidential campaign, then-vice presidential candidate Joe Biden said that Obama understood that the next president must be “Commander-in-Chief for America’s security around the world.”

Other politicians from Hawaii, like Obama, may talk about “living aloha,” but the word “security” is never far from their lips.

In his opening statement at a hearing on the 2011 Department of Defense Budget this June, Sen. Daniel Inouye said: “We need only to look at words spoken and actions taken ... by North Korea, Iran, and China to be reminded that our national security challenges go beyond those of irregular warfare.”

Sen. Daniel Akaka, who serves on committees and sub-committees overseeing Department of Homeland Security affairs, recently spoke about the importance of foreign language proficiency and cultural awareness as a vital tool for protecting national security. At a Senate hearing on the need to improve foreign language skills among Foreign Service officers, Akaka said, “Threats to our national security are becoming more complex, interconnected, and unconventional.” Language shortfalls, Akaka warned, “will continue to undermine our country’s national security.”

Republican Congressman Charles Djou, who won a special election in May after his two Democratic opponents split the vote, includes the following passage on his campaign website: “Hawaii has a unique and critical role in our national security. Our island chain is home to key military bases and stations, thousands of military personnel, and various strategic operations ... America must maintain its strong military and Hawaii must retain its central role in military preparedness.”

Like Djou, his presumed opponent in the upcoming midterm election, Democrat Colleen Hanabusa, also talks of Afghanistan as a “direct threat to our national security.” Her campaign website reads: “Afghanistan has proven to be a training ground and refuge for terrorists, rendering it a more direct threat to our national security than Iraq. I support President Obama’s decision to send over 30,000 more troops to Afghanistan ...”

Last month, Inouye and Akaka joined Djou in voting for an additional $37 billion for the wars in Iraq and Afghanistan. Only Rep. Mazie Hirono (2nd Dist.) voted against the war funding bill.

Earlier this month Hirono briefly participated in a community forum on Kauai entitled “In Search of Real Security for Kauai.”

The panel discussion, organized by the Kauai Alliance for Peace and Social Justice, invited Rep. Hirono to join four speakers from Kauai and Oahu for an evening of ideas and discussion of how to pursue real security in an era of economic distress, social dislocation, climate change, and perennial militarism.

The forum opened with filmmaker and author (The Superferry Chronicles) Koohan Paik of Kauai sharing the stage with community organizer KipuKai Kualii.

Paik and Kualii discussed real security in terms of government spending priorities with an emphasis on the militarized state of Hawaii and how they say that money could be better used.

“Real security will come from fostering a culture that builds rather than destroys.”

Paik, born in California but raised in South Korea and Guam before moving to Kauai in 2000, spoke of the importance of viewing Hawaii from a Pacific island perspective.

“We always hear Hawaii being described as ‘out in the middle of nowhere’ or as ‘the most isolated place on the planet,’ but these descriptions are from a staunchly continental perspective.”

“The ocean,” Paik said, “connects us all into a single blue continent.” Stressing the cultural, historical, and linguistic ties between all Pacific peoples, Paik said, “We need to see the connection between Hawaii and all the Pacific islands because the military certainly does. Part of the [U.S.] military’s build-up on Guam is a missile defense shield hooked up to a network that includes the Pacific Missile Range Facility [on Kauai], Kwajalein [Marshall Islands], Vandenberg Air force Base, and Okinawa.”

Paik, who recently wrote on militarism in Guam and the Pacific, said the militarization of the Pacific (which she points out ironically means ‘peace’) is antithetical to real security for the people whose environment, culture, and well-being is adversely impacted by the military.

Paik said real security and sustainability won’t come until people in the Pacific detach themselves from militarism, corporatism, and what she calls the “colonial thinking that power and abundance come from outside rather than within.”

During her presentation, Paik cited statistics and examples of how she said a militarized Pacific did not serve the interest of its people.

According to the National Priorities Project, the United States has spent more than $1,070,000,000 (one trillion, seventy billion dollars) on the war in Iraq and Afghanistan since 2001. This works out to nearly $3.5 billion for the people of Hawaii alone. After her talk, people approached her and said they didn’t realize how much was being spent on the military.

Real security, Paik said, will come when Hawaii is not dominated by military spending but instead supports more immediate human needs—health, education, preservation of the environment, sustainable energy, and fostering a culture the builds rather than destroys.

“We cannot continuously expand as if the earth’s resources are infinite,” Paik said. The result of placing the military as a top priority, she explained, is to leave ordinary people fighting amongst themselves, scrambling for whatever scraps are left.

“Imagine what could happen if we decided what security is and how to meet the basic human needs of everyone in our community,” Kualii said.

Item by item, Kualii spelled out deficiencies in caring for members of society, arguing that a nation committed to real security would reassess its priorities in favor of, at a minimum, funding for basic medical care, housing, and food needs for society’s most vulnerable members—the very old and the very young. Citing County of Kauai Economic Development Plan statistics, Kualii referred to four communities on Kauai with poverty rates well above the statewide rate of 10.7 percent.

Part of a strategy to counter a growing dependency on the local food bank (Kualii said over 50,000 people were fed by Hawaii foodbanks in 2006) would be to expand certified community kitchens as cottage industry around the island.

Kualii noted that between the comprehensive studies Hunger in America 2006 and Hunger in America 2010, Hawaii residents receiving emergency food assistance from food banks increased by nearly 40 percent to a total of 14 percent of Hawaii’s population.

A society in which large segments of the population lack adequate shelter, food, or medicine—one in which social services and agencies rely largely on unpaid staff and volunteers and where people are increasingly unable to pay for housing—is a society lacking real security, Kualii said.

Part Two of Jon Letman’s “In Search of Real Security” for The Hawaii Independent will feature further insights from the Kauai Alliance for Peace and Social Justice’s community forum on August 7 as well as a closer look into developing our food and environmental security. 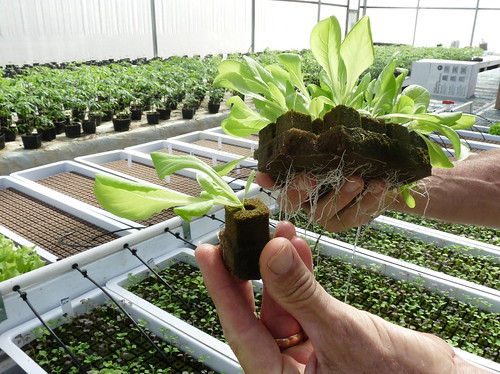