Samson Kaala Reiny
November 03, 2010 02:33 AM
HONOLULU -- Two grueling battles, a whole lot of mud slung, and a prophesy denied -- Neil Abercrombie is Hawaii's next governor. The University of Hawaii graduate, who has represented Hawaii's 1st Congressional District for nearly two decades on Capitol Hill, will take his seat at the top of the Hawaii State Capitol on December 6.

Leading up to the election, Abercrombie had raised more than $4.3 million in campaign contributions compared to his rival, Lieutenant Governor Duke Aiona, who raised over $3.4 million. Abercrombie’s running mate, Lt. Gov.-elect Brian Schatz raised $110,560 in late contributions, while defeating his Republican counterpart Lynn Finnegan, who raised $72,336 on the home stretch.

Abercrombie defeated Mufi Hanneman in the Democratic primary in September. The former Honolulu mayor went on to endorse his party rival.

President Obama made a special conference call yesterday to hundreds of undecided voters, saying that, in electing both Abercrombie to the governorship and State Senate President Colleen Hanabusa to the U.S. House of Representatives, they have “real choices and real opportunity to make positive change.”

The president and the former U.S. Representative have a close relationship -- Abercrombie knew the president’s parents from when they were students at UH at Manoa. The 72 year-old New York native was among the first lawmakers to endorse Obama’s White House bid in 2008.

Among the governor-elect’s objectives are utilizing federal stimulus dollars to jumpstart the economy, developing a system of universalized healthcare, and supporting cleaner energy and local food production. He also supports civil unions.

Abercrombie sent the following message to his supporters at 2:00 a.m.:

I am so grateful to everyone who believed and participated and made your voices heard -- in every community on every island. I have never been so inspired and so appreciative of the fact that Hawaii is my home, our home.

This election was not about Neil Abercrombie.

Our campaign was based on a fundamental belief that government belongs to all of us. Government doesn’t exist to serve politicians or powerful interests or the loudest voices. Government exists to serve all the people, and if things are to improve, we must all take responsibility to make it so. The people of Hawaii want to come together to solve our problems and build a brighter future.

This campaign was about people, reaching out to one another, and drawing on their talents and initiative. This is how we campaigned and how we will govern.

We will work immediately to build a sustainable economy where we produce our own clean energy and grow our own healthy food. We will build an economy fueled by our entrepreneurial spirit and our unique island ingenuity; an economy filled with good-paying jobs and opportunities for our children.

We will make investments in our people and families -- in their health and education beginning before birth, through early childhood, in our public schools and university system -- to unlock every bit of potential in our greatest resource -- our diverse island people.

We will build community, reaching out to one another, improving our understanding of each other, always seeking resolution, and forming partnerships of all kinds to serve our children, our elders, and those who have fallen on hard times.

We know Hawaii has severe challenges.

But I believe in the people of Hawaii -- our perseverance, our character, our ingenuity, integrity, kindness, and humanity.

The people of Hawaii have always made it through difficult times. The Polynesian forbearers of Hawaii sailed the Pacific without modern instrumentation. Those who followed toiled in plantation fields to give their children opportunities; started the businesses that became the cornerstones of our economy; defended the nation in times of war; pioneered the ideas that made life better for future generations; and fought for equality in the face of bitter discrimination. We are resilient. We have a legacy of uniting when times are tough -- our diversity is our strength.

The people of Hawaii have always counted on each other. I pledge to you tonight that you can count on me. In these next four years, I will be with you, working side-by-side with all of you as we come together to build our future together.

We are one Hawaii. Nothing can stop us -- working together, caring for each other, with aloha in our hearts. 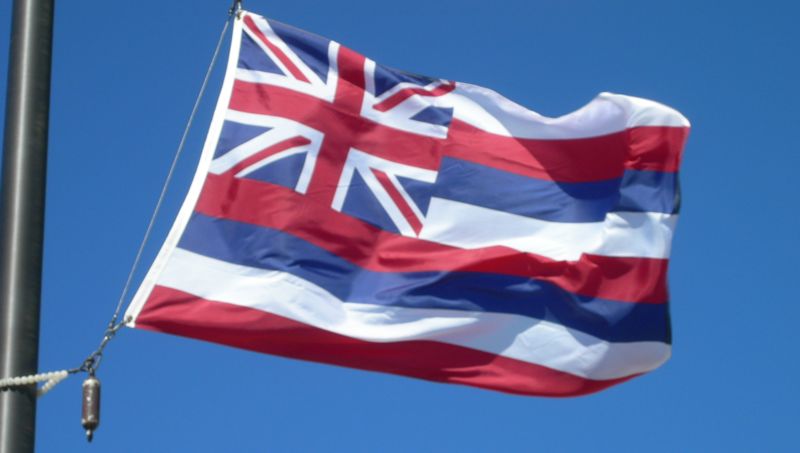